Designing the new driver app for Cab9 was daunting. We knew what the variables and the problems were but we were also pretty sure that there could be a potential failure waiting for us down the road. However, we realised that to build for the future we would have to clear our desks and start over again. The speed with which applications technology changes also meant we needed a way to do it almost every 24 months.

This meant not only taking a big bet on how things look, but also re-imagining how things flow.

History - Not a great start

We feel the new app is pretty great but great things never come easy. Let's get a few things out of the way first:

Back in 2016, our plan was simple - "Ship the app quickly. Get feedback. Re-iterate". Our app needed the bare bones feature likes finding rides, tracking earnings and communicating with the control team.

We did exactly that. Here's the result:

As the app grew with more features, we started running into complications. Further iterations would only magnify these problems.

So here's the timeline of events that followed:

With the new driver app here's what the team has worked upon and the areas we hope will have huge improvements.

With our location tracking we wanted to be as close to the best out there as we could. We wanted it to be smooth - as smooth as it gets. We wanted your passengers to track your drivers seamlessly and that included following the curve at the roundabouts 👀.

One way to do that was to increase the location polling frequency but at what cost? Our original location based services were based on http requests and let's admit they are not the best for battery.

We switched the entire location services protocol to web sockets and applied advanced filtering on the server to make sure the locations are seamlessly being delivered to the respective interfaces.

In an ideal world we would opt for sequencing our platform design after our product design but with the way things were moving for us, that was simply not an option.

To start with, we came up with a design language that defined the foundational parts of the application such as grids, spacing, typography, colours etc. We used this design language to communicate with our drivers and understand the existing challenges they faced and identify our own blind spots.

Our designer consumed all this and prepared the design that is all about the driver, the things they want to do, and the simplicity they seek.

You can interact with our new app prototype below (thanks Marvel)

🌒 and hey did anyone say Dark Mode?

Both the iOS and Android versions of the app have integrated dark mode.

For us, dark mode is how we like to use our tech so couldn't have it any other way for the drivers. That blinding white thing on the car's dashboard for a 3am pick-up is history...

Job pool is very important for a Cab9 driver. Not only it allows drivers a choice on their work but it also helps companies get work covered days in advance.

With the new job pool, drivers can easily set preferences for the kind of work they are interested in. They can do that by swiping left or right (hey Tinder 🙈).

By making these conscious choices drivers will be contributing to a pool of decisions which will later be consumed by our Machine Learning module to prioritise the work they see on the portal.

The new Cab9 apps supports a range of integrations including:

Car Play and Android Auto - This will be big!

The Cab9 development team has worked hard over the holiday period to build an app that we believe will not only be a driver's favourite but will also set an industry benchmark 💪.

Special thanks to Ankit Wadhwani, Akhila Ramesh, Anastasia Petrova, Kaushal P, Harshwardhan Singh, Sharvilak Thakore, Manu Ramesh, David Beech  and the entire product team at Cab9. For me, the biggest reward will always be working with this amazing team of engineers and managers who have helped bring this to life. 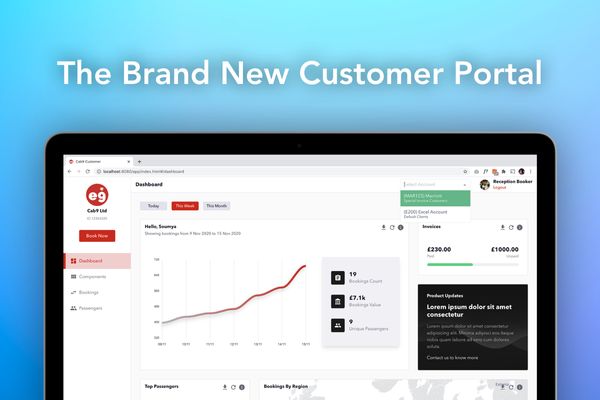 Cab9 is all about cutting edge technology and once we knew about What3words we had to integrate, its a game changer!